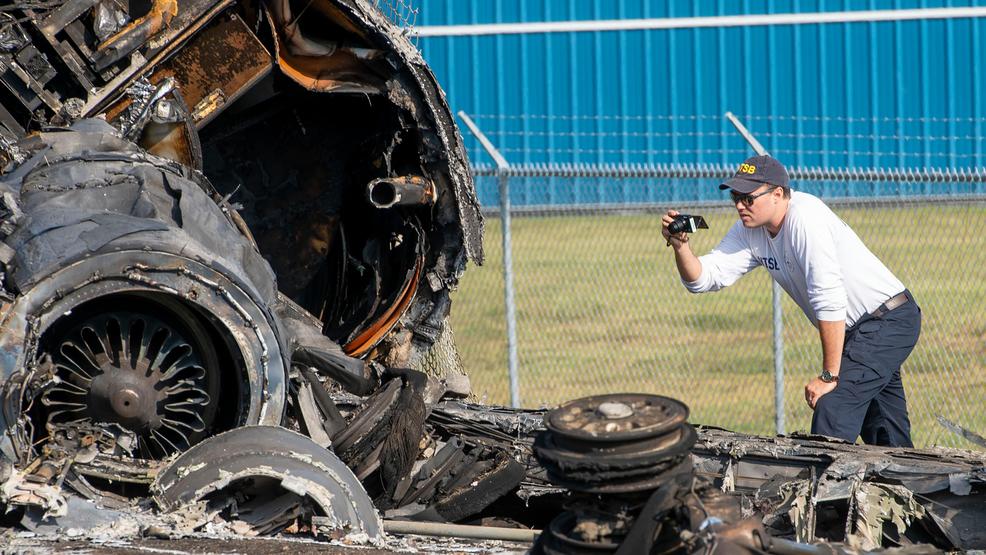 A member of the National Transportation Safety Board looks at the wreckage of a plane that Dale Earnhardt Jr., his wife and daughter and two pilots and a dog were on when it crash landed Thursday at the Elizabethton Municipal Airport in Elizabethton, Tenn., Friday, Aug. 16, 2019. (David Crigger/Bristol Herald Courier via AP)

Earnhardt Jr. posted his update on Twitter late Wednesday night, saying his lower back is sore and swollen. He's receiving daily treatment "solely to get well to race."

Earnhardt, his family and two pilots escaped a burning plane that veered off the runway at Elizabethton Municipal Airport in Tennessee last week.

Earnhardt won NASCAR's most popular driver 15 straight times from 2003 through 2017. He retired two years ago and is an NBC racing analyst.

Darlington is Earnhardt's one race this season.