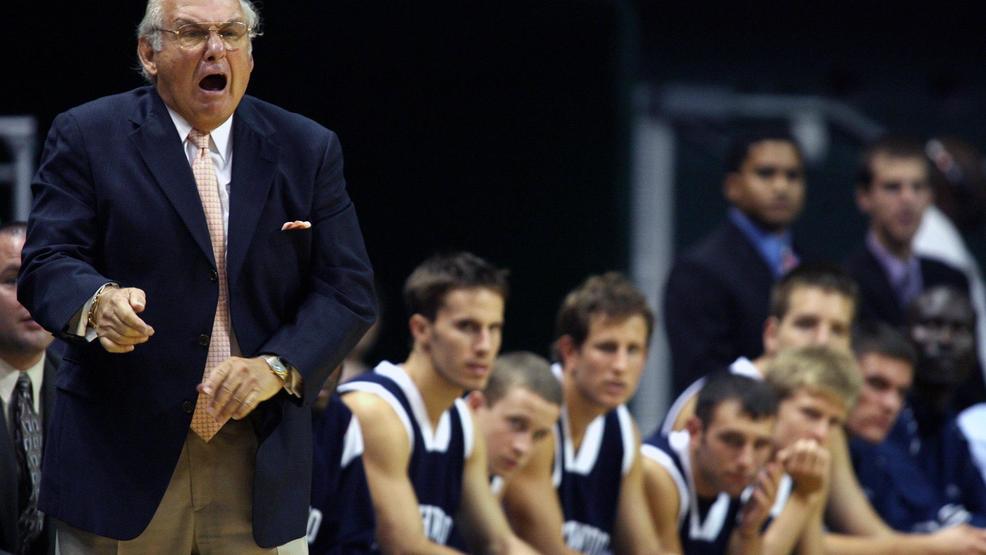 FILE - In this Monday, Nov. 6, 2006 file photo, Northwood College head coach Rollie Massimino yells at his team during the second period of an NCAA exhibition basketball game against the Miami in Coral Gables, Fla. Rollie Massimino, who led Villanova's storied run to the 1985 NCAA championship and won more than 800 games in his career, died Wednesday, Aug. 30, 2017 after a long battle with cancer. He was 82. (AP Photo/Luis M. Alvarez)

During the span of Massimino's career, the coach won more than 800 games. His win in the 1985 national championship against the Georgetown Hoyas is known as one of the biggest upsets in NCAA Tournament.

On Tuesday, University of Kentucky head coach John Calipari tweeted a request for prayers to his followers. Calipari didn't elaborate on what exactly was wrong with Massimino.

Calipari was joined by many other famous figures in the sports world sending condolences to the former coach's family.

Massimino was serving as the head men's basketball coach for Keiser University, a program which he started 11 years ago according to The Associated Press.

The coach was also a finalist for the Basketball Hall of Fame and is survived by his wife, five children and 17 grandchildren. Massimino was on hand for Villanova's last championship victory in 2016 which ended with a buzzer beater.