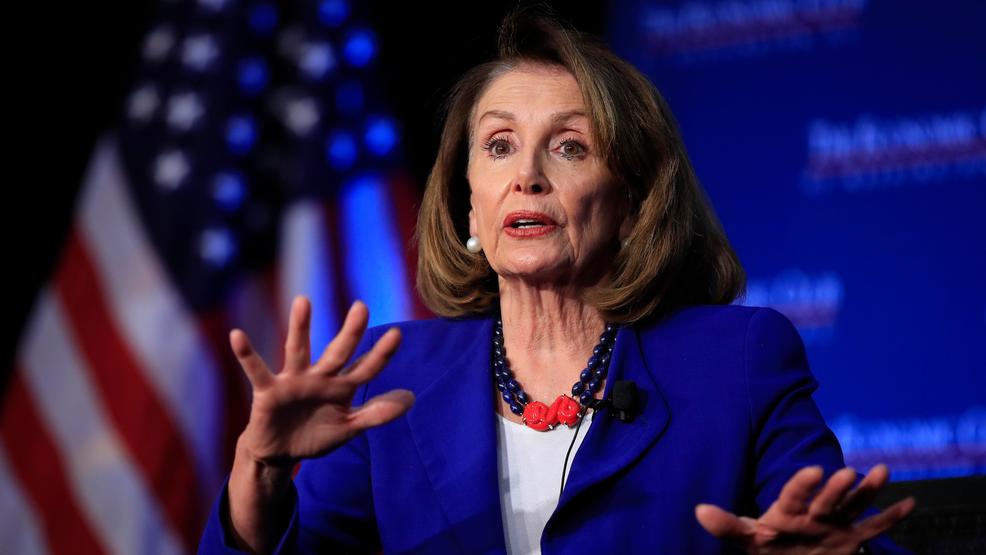 FILE - In this Friday, March 8, 2019 file photo, House Speaker Nancy Pelosi of Calif., speaks at an Economic Club of Washington luncheon gathering in Washington. The day after Democrats swept to power, Speaker-to-be Nancy Pelosi stood before the cameras and declared impeachment was “off the table.” That was November 2006. More than a decade later, Pelosi, again facing a restive left flank that’s now ready to confront President Donald Trump, says she’s “not for impeachment.” It’s a remarkably consistent stance from Pelosi who must lead the House through another moment when a vocal part of the electorate wants to end a presidency. (AP Photo/Manuel Balce Ceneta, File)