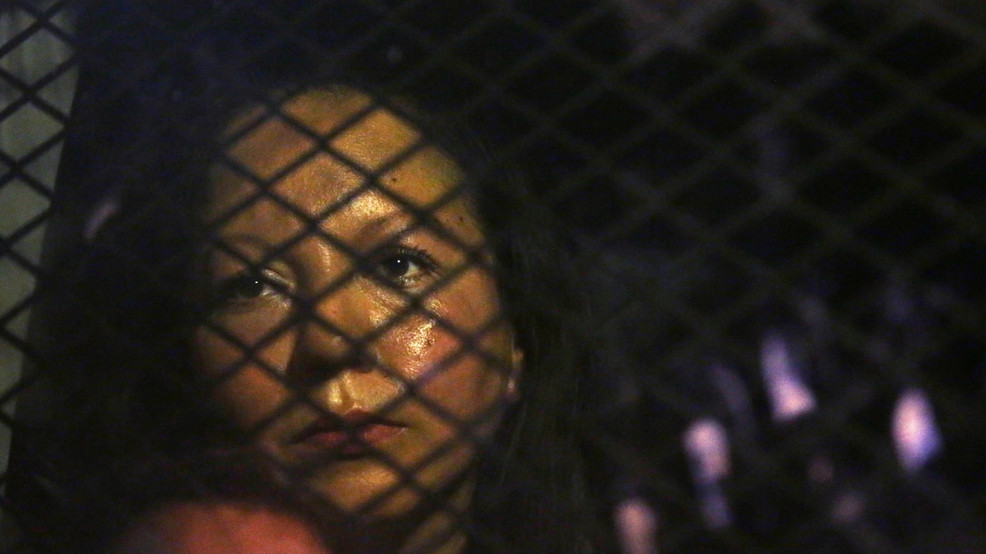 Guadalupe Garcia de Rayos is locked in a van that is stopped in the street by protesters outside the Immigration and Customs Enforcement facility Wednesday, Feb. 8, 2017, in Phoenix. Apparently fearing her deportation, activists blocked the gates surrounding the office near central Phoenix in what the Arizona Republic says was an effort to block several vans and a bus inside from leaving. (Rob Schumacher/The Arizona Republic via AP)